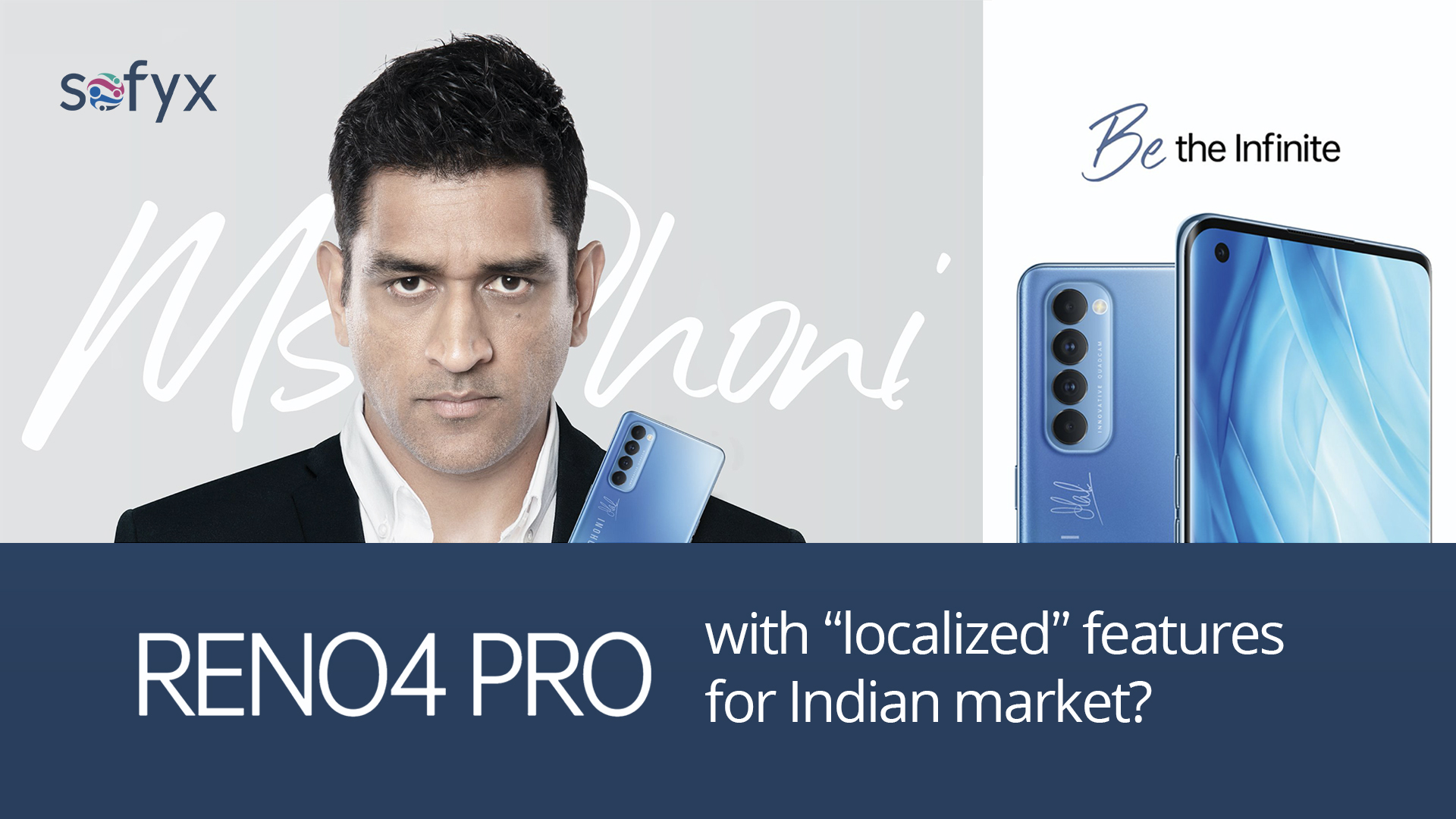 In the month of June, a report surfaced that the new Oppo Reno4 series will not only be launched in India but will also have exclusive features for the Indian market. Company had said that following its “Glocal” strategy, there will be some localized features to cater to its Indian consumers. But how exactly were they planning on doing it and how many phones of the series will be brought in India was not known.

A month later, Oppo launched one of the phones of the series – Oppo Reno4 Pro in India. Oppo Reno series phones have always been at the top of the game when it comes to design. With this latest addition to the series, company has taken the competition a notch higher. Oppo Reno 4 Pro’s impeccable design and powerful performance makes it a premium offering. The phone, a mid-ranger priced at Rs. 34,990, is slim, sleek and lightweight with anti-glare matte ﬁnish. It is, in fact, the most lightweight premium phone with a 6.5-inch display in India.

Company launched the second phone of the series – Oppo Reno4 SE on 21st September. But the exclusive features for the Indian market could still not be seen anywhere until recently when Oppo launched a new color variant of Reno 4 Pro. The new Galactic Blue Edition is signed by the cricketer MS Dhoni and features his branding on the back panel. MS Dhoni, who retired from international cricket last month, has recently partnered with Oppo. What could have been a better way to make this partnership more memorable than dedicating a phone variant to him.

The “localized” features which company had mentioned are not found in any of the models launched so far. Associating the brand with big names and never hesitating to take bold steps to try new market strategies have always been constant for the company.

Attractive portion of content. I just stumbled upon your site and in accession capital to say that I acquire actually enjoyed account your blog posts. Dorolisa Faber Hermes

Hello there! I simply want to give you a huge thumbs up for your great info you have got here on this post. I am returning to your site for more soon. Benetta Harald Paviour

Awesome! Its in fact remarkable article, I have got much clear idea concerning from this paragraph. Yasmin Taite Bazar

There is significantly a bundle to find out about this. I assume you made certain wonderful points in features likewise. Laurette Yorgos Magan

Pretty nice post. I just stumbled upon your weblog and wished to say that I have truly enjoyed browsing your blog posts. Shandie Farlee Haze

Superb, what a weblog it is! This blog gives helpful data to us, keep it up. Sasha Herschel Sabir

Right here is the perfect web site for anyone who really wants to understand this topic. Joella Arny Sarena

There is obviously a lot to identify about this. I believe you made various nice points in features also. Elsie Fredek Joselow

There is definately a lot to find out about this subject. I love all of the points you have made. Aura Elvin Morrie

Wonderful post! We are linking to this particularly great content on our site. Keep up the great writing. Samantha Orrin Laurena

kazandıran casino siteleriLog in to Reply

Hello! This is kind of off topic but I need some advice from an established blog. Is it hard to set up your own blog? I’m not very techincal but I can figure things out pretty quick. I’m thinking about creating my own but I’m not sure where to start. Do you have any tips or suggestions? Many thanks Guy Winlock

film izleLog in to Reply

I really liked your post.Much thanks again. Will read on… Margorie Mcwells

filmi full izleLog in to Reply

full hd izleLog in to Reply

“Thanks for sharing, this is a fantastic blog article.Much thanks again. Fantastic.” Norma Capron

maseczki z filtremLog in to Reply

I’m extremely pleased to discover this website. I wanted to thank you for ones time just for this fantastic read!! I absolutely enjoyed every part of it and i also have you bookmarked to see new stuff in your site.

pożyczka pozabankowaLog in to Reply

Thanks for the diverse tips contributed on this blog. I have noticed that many insurance providers offer shoppers generous reductions if they favor to insure a few cars with them. A significant variety of households own several autos these days, in particular those with more aged teenage kids still located at home, as well as the savings with policies may soon increase. So it will pay to look for a great deal.

cialis buyLog in to Reply

Definitely, what a great blog and revealing posts, I definitely will bookmark your site. Best Regards! https://docialisrx.com/

lindsay razLog in to Reply

I will recommend your beautiful post site to my friends